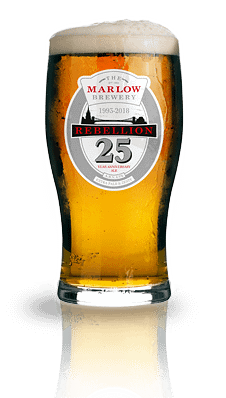 25 is an extra pale ale brewed with Sterling hops, citrus peel and Belgian ale yeast. Sterling hops, not only have an entirely appropriate name for silver anniversary beer but also have a beautiful lemon and spicy character which work in harmony with the other elements of the ale. The inclusion of lemon and orange peel adds a subtle citrus aroma and the Belgian ale yeast contributes a spicy note and gives this beer a real Belgian ale character.