In a forced change to The Harper Arms’ constitution standard protocol, the regulars have been set homework and this week sees a virtual double header tasting session!

One of our diligent members found a young garage-based local brewery in Thatcham. He got a little over-excited and ordered the regulars 2.5 Litres of both beers they currently produce (8-9 pints total). At an emergency committee meeting, it was determined that 9 pints on a week night was probably not a smart decision and so a vote was taken, ballots were correctly counted the first time, a result was declared, no legal battle ensued and the first piece of Harper Arms homework was thus set – to taste the weaker of the two ahead of Wednesday’s formal tasting session. 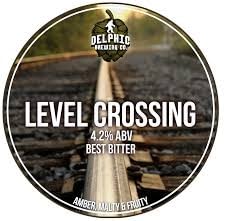 A traditional English Best Bitter with fruity, grassy and blackcurrant notes from UK grown Cascade hops. With a full-bodied malty backbone. Made from all English ingredients!

We’re not expecting the regulars to complain about being set homework with this delightful tipple, which currently has an average score on Untappd of 3.90. 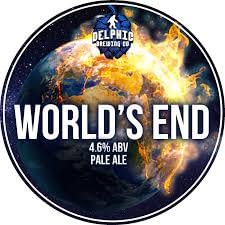 Currently with an average score on Untappd of a very respectable 3.86 but with only 14 check-ins, World’s End is a Pale Ale brewed using a variety of different hops. UK grown Chinook teams up with US grown Amarillo and Citra for a cocktail of citrus fruit and resinous pine flavours. This mid-strength beer has a moderate bitterness and a soft orange hue from a little bit of Vienna malt in the mash.

Since the regulars made it known they were tasting Delphic, there has been a lot of local interest in the brewery, with them selling out of both beers last week! Have the Harper Arms regulars uncovered a new local gem of a brewery? Check the scores to find out!