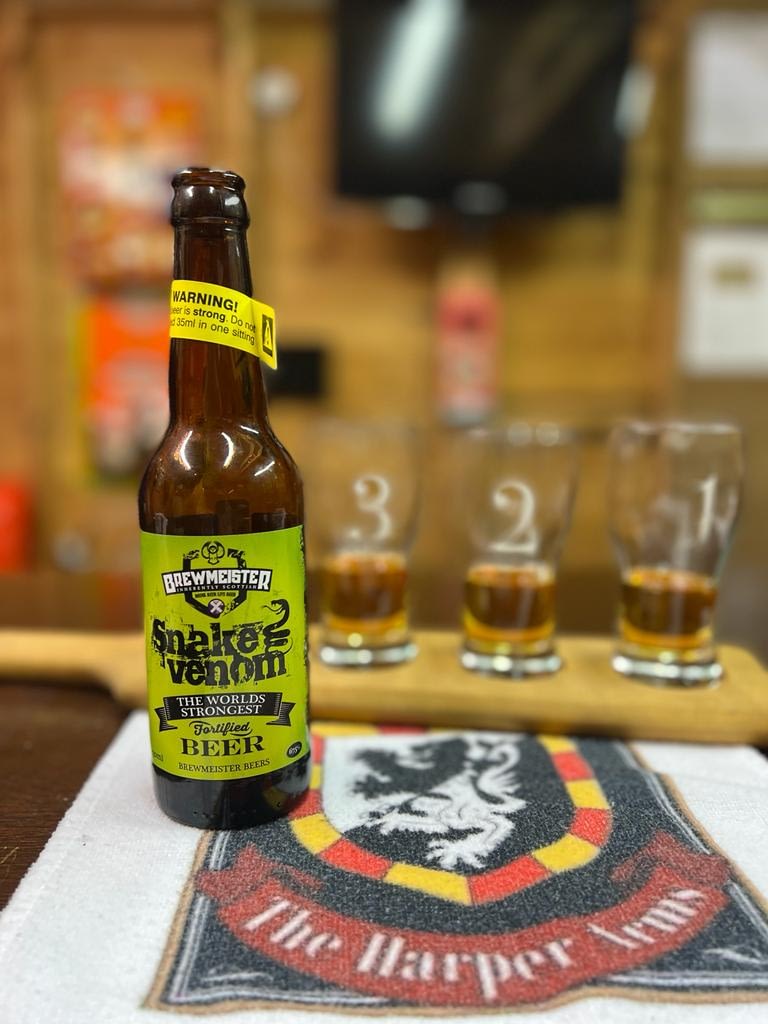 Brewmeister Snake Venom is currently recognised as the strongest beer in the World. It is brewed in Moray from smoked, peated malt using two varieties of yeast, one beer and one Champagne. Like other ultra high strength beers it is frozen several times after the fermentation process, and the ice crystals removed. This concentrates the alcohol, flavour, and body of the beer as water is removed each time. The beer is then fortified with alcohol to increase the strength further.

The result is a powerful, viscous, intensely flavoured beer that should be treated more like a spirit with regards to its consumption. There is no carbonation as the liquid is too thick to hold carbon dioxide bubbles.